Born in Mexico City in 1955. Studies in England Visual Arts, from 1974 to 1979, B.A. at Hornsey College of Art, London, and from 1979-1980, M.A. in Aesthetics and Art Theory at the University of Essex, Colchester, England. Returns to Mexico City in 1980. From 1983 to 1986 is full time research fellow at the Institute for Philosophical Research, National Autonomous University of Mexico (UNAM).

In 1982 and 1987 wins Honorable Mention at the First and Sixth Biennial Rufino Tamayo. Tamayo Museum of Contemporary Art, Mexico City. In 1987 wins the Painting Purchase Prize, National Exhibition of Fine Arts. National Institute of Fine Arts (INBA), Mexico City, and in 1988 the Second Purchase Prize, Fourth Biennial Rufino Tamayo. In 1992-1993 receives the Grant in Painting from the National Foundation for Culture and Arts. CONACULTA-FONCA, Mexico City. Wins the Pollock-Krassner Grant in Painting, New York, USA. to go as a visiting artist to the University of Rochester, N.Y. (1993-1994), and In 1997 the Pollock-Krassner Grant in Painting, New York, USA. In 2001 gets the grant by the National Endowment System for Creative Work. (Sistema Nacional de Creadores), 2001- 2003, a second term for 2004-2006, and a third term in 2011-2013. In 2001 receives a Grant from the National Fund for the Arts (FONCA) and the Colombian Ministry of Culture, for 10 weeks of painting landscape in Colombia. In 2002 wins an Art Residence given by D.S.C. Qualton Resorts, to paint for a month (April) in Puerto Vallarta.

He has over thirty one man shows, among the most important are The Studio and its constructions(1988), in the Carrillo Gil Museum, Mexico City, Portraits (1996) at the José Luis Cuevas Museum, Mexico City, The theatre of Memory (1996) at the Palace of Fine Arts, Mexico City, and Natural History, at the Chopo University Museum (2003). From 2002 until 2006 a retrospective of his work (1990-2004) on still life has been shown in several venues throughout the country, under the name of Understanding with the Eyes. in the city of Puebla, Casa de Cultura de Puebla; in the city of Veracruz, Casa Principal; in Querétaro, Galería La Libertad; in Jalapa, Veracruz, Galería Ramón Alva de la Canal of the University of Veracruz , and in 2006 in México City, at the Museo Histórico de Tlalpan. In 2006 shows in Querétaro Nocivos para la salud (Health warning) at the Centro Cultural Manuel Gómez Morín), and in Saltillo, Coahuila Naturally; Luis Argudín at the ICOCULT, Instituto Cultural   Coahuilense). In 2008 shows Curtains and Smoke  at the Seminario de Cultura Mexicana in México City, and in May 2010 The Flood, at the Modern Art Museum of Tlaxcala. In June-July of 2010 shows a collection of landscapes at the Casa de Cultura de Celaya, under the title of Landscape and Memory. Simultaneously, in Celaya, curates a show of work by young painters under the title De pintura. From the 28 of June of 2012 , till January 2013 shows Elective Affinities, a show of more than a hundred pieces at the Museum of the Internal Revenue System, ex Arch Bishopric of Mexico.

Among the most important mixed shows in which he has taken part are: 233 Aniversary of the San Carlos Art Academy, Mexican National Autonomous University UNAM, 2015; Man in the Nude, Dimensions of Masculinity, organized by the National Museum of Art (MUNAL), and the Museum of Orsay, Paris, shown in Mexico City, 2014, and MUSA, University Museum of Guadalajara, Guadalajara, Jalisco, 2014. Proyecto Akaso, a mixed show of 26 paintings of monumental scale, comissioned by the collector Sergio Autrey. Paints “Panorama paraíso”, oil on canvas of 3.60 X 9.70 mts, shown in El Chopo University Museum, Mexico City, 2011, and MUSAS, Sonora Museum of Art, Hermosillo, 2010. Takes part in the show Parentesis, MACO, (Museum of Contemporary Art of Oaxaca) Oaxaca, 2008. Paints an interpretation of Dafne and Apollo for the show Metamorfosis, organized by the painter Manuel Marín, shown in several venues in Mexico and abroad 2005-2006. Takes part in Still Life, a show of Mexican and British artists, Carrillo Gil Museum, Mexico City, 2004. Is part of the travelling show Bitácora y obra (The work and its sketches), organized by the National Endowment for the Arts, 2001. The same year paints a piece of furniture for the show The Art Object: its Secrets, for Arteum Cultural Centre, Mexico City. Takes part in the show Views and Concepts: on landscapes, organized by the Museum of Modern Art, Mexico City, 1999, and in the same year is part of the show Hommage to the Pencil, organized by the José Luis Cuevas Museum, Mexico City, and the show Mexican Art at the Rowan Gallery, New York. Paints a Self Portrait for the show organized by the Museum of Modern Art, Mexico City, Self Portrait in Mexico, the 90´s, 1996, and for the Second Bancomer Salon, under the title: Figurative Contemporary Painters, shown in Mexico City and Monterrey, Nuevo León. In 1994 the Chopo University Museum organizes the show An Emerging Decade, a Decade After, conmemorating the first show (1984) of that name curated by the famed muralist painter Arnold Belkin,who was then director of the museum. The same year takes part in the Second Biennial of Painting of the Caribean and Central America, in Santo Domingo, Dominican Republic.  Shows in the First and Second Monterrey Biennials (1992, 1994), and also in 1992 is part of a show for the International Meeting on Climate Change, curated by the Museum of Modern Art of Rio de Janeiro, and the Bozzano-Simonsen Bank, Rio de Janeiro, Brasil. In 1988 shows in Imágenes Traspuestas, in the Museum of Modern Art, Mexico City, and in 1986 in Confrontation 86, Two Decades of Mexican Painting, curated by the National Palace of Fine Arts, and Memento Mori, organized by the Cultural Centre of Contemporary Art. Has also exhibited in the 1,2,3,4,6 and 8 Tamayo Biennials.

As well as being a painter, Argudín has been a teacher for 25 years at the National School of Fine Arts, UNAM, where he teaches Art Theory, and for 7 years has had an interdisciplinary workshop with three other artists, José Miguel González Casanova, Francisco Castro Leñero and Eloy Tarcisio. He has given courses in all the mayor Universities and Art Schools in Mexico City, Cuernavaca and elsewhere in the country.

His book on the series of paintings on The Flood was published in 2006 by the Metropolitan Autonomous University (UAM), campus Xochimilco, in 2008 the book The Spiral and Time, Judgement, Genius and Play in Kant and Schiller, by the Mexican National Autonomous University and the National School of Fine Arts (ENAP-UNAM), and in 2013 the book The Theatre of Knowledge, Essays on Painting and Art, also by ENAP-UNAM. 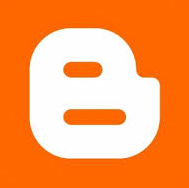